WooCommerce and Themify Playing Nice Together 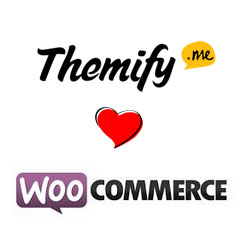 Our new friends in Northern California recently contacted us through the WooThemes Woo Workers directory.   As a non-profit, they depend on their WooCommerce site to generate revenue that goes directly to their cause.  The only problem was, that their heavily customized site was causing problems with recent updates.

After a phone call to one of our Ninjas, we took a look under the hood and developed a strategy to help them resolve their issues.  To summarize the problem, their site was built using a Themify WordPress theme called ShopDock.  They also had volumes of new code placed in a child themes functions.php and style.css.  Updating WooCommerce caused the Name Your Price Extension to stop working correctly.  We went in and updated the extension which should have fixed the issues, but it turned out that the site was also running an old version of ShopDock.   OK, just update everything!  And we did: WordPress, WooCommerce, extensions, and plugins.

All proud of ourselves, the site was running great.  All of the style of the old site was kept, thanks to the creation of the child theme and everything was running smoothly.  Or was it?

The ShopDock theme comes with a very cool feature that shows the shopping cart in a fixed location at the bottom of the screen.  When the cart is empty, it fades out of the way.  It turns out that the child themes functions.php file was conflicting with the themes ability to hide the cart.  Our techs painstakingly went through each of over 600 lines of code to find the one single line that was causing this error.  With a little ninja skills, the code was corrected and the project was completed.

About the Author: Tech Ninja

Our Tech Ninjas are experts in website repair. With skills to fix anything from Drupal, Joomla, WordPress, WooCommerce and even straight HTML sites, our crew can fix anything. Need some help fixing your website. Feel free to call or email us to see how we can help.